The Future Is Here ~ And It’s Saudi Arabian (Huh?) 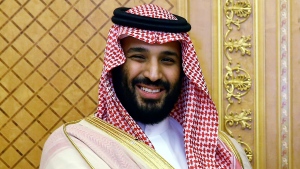 proposes to build the city of the future – and it will be called Neom. It is envisioned as a ”global hub” concentrating on technological, bio-tech and media industries, and connecting Asia, Africa and Europe due to it’s ”strategic location”. 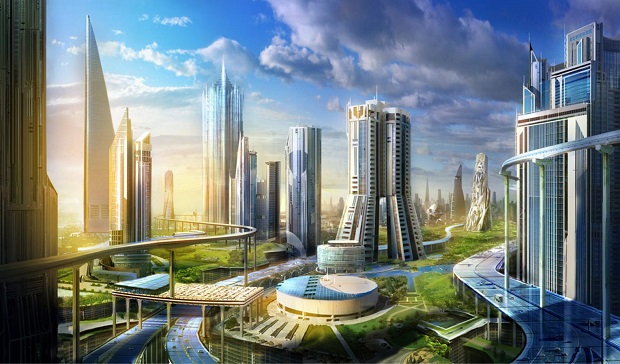 Destined – if it ever materialises – to be 30 times larger than New York City, the Crown Prince says Neom will be a “civilizational leap for humanity”. 640 billion dollars has been ear-marked for the project, thus far, and investment companies have been set up to tempt foreign funding. The Crown Prince has anounced that Saudi Arabia will return to a more moderate form of Islam, which would certainly be the bare necessity for an international economic and futuristic hub that aims to attract people from all over the world. Export of fundamentalist theocratic ideology has not – it seems – plugged the deepening hole in the Saudi kingdom’s fast-dwindling oil finances. “Seventy per cent of the Saudis are younger than 30,” says the Crown Prince. ”Honestly, we won’t waste 30 years of our life combating extremist thoughts. We will destroy them now and immediately.”

The city is to be built for the most part by robots and will thereafter feature a large population of robots who will do all of humanities boring repetitive tasks. Saudi Arabia has a long fascination with robotics. “Everything (in Neom) will have a link with artificial intelligence, with the Internet of Things—everything,” says the Crown Prince. To this end, Saudi Arabia has just awarded full citizenship to a robot named Sophia, the first time such an event has happened in the world.

(A better introduction to Sophia, here when she met Jimmy Kimmel on the Tonight Show… she sure has a quirky sense of humour and an off-beat smile)

Boston Dynamics CEO Marc Raibert,talks here about the robots/creatures that might be seen on the streets of Neom. (The robots appear at about 5 minutes into the video.)

Phase One is due for completion in 2025. Neom is to be one hundred percent powered by solar and wind grids. “This project is not a place for any conventional investor,” the Prince said. “This is a place for dreamers who want to do something in the world.”