”As for the existence of angels, there is no necessity to cite any proof from Scripture, where the fact is frequently mentioned. The termelohim  signifies “judges”. It has been figuratively applied to angels, and to the Creator as being judge over the angels.

We have already stated above that the angels are incorporeal. This agrees with the opinion of Aristotle: there is only this difference in the names employed–he uses the term “Intelligences,” and we say instead “angels.” His theory is that the Intelligences are intermediate beings between the Prime Cause and existing things, and that they effect the motion of the spheres, on which motion the existence of all things depends.

This is also the view we meet with in all parts of Scripture: every act of God is described as being performed by angels. But “angel” means “messenger”; hence every one that is entrusted with a certain mission is an angel. Even the movements of the brute creation are sometimes due to the action of an angel, when such movements serve the purpose of the Creator.

When we assert that Scripture teaches that God rules this world through angels, we mean such angels as are identical with the Intelligences. In some passages the plural is used of God, e.g., “Let us make man in our image”. Our Sages explain this in the following manner: God, as it were, does nothing without contemplating the host above.

But tell (someone) that God gave the seed a formative power which produces and shapes the limbs, and that this power is called “angel,” or that all forms are the result of the influence of the Active Intellect, and that the latter is the angel, the Prince of the world, frequently mentioned by our Sages, and (that someone) will turn away; because he cannot comprehend the true greatness and power of creating forces that act in a body without being perceived by our senses.

Our Sages have already stated–for him who has understanding–that all forces that reside in a body are angels, much more the forces that are active in the Universe.

We may find a confirmation of the opinion that the natural and psychical forces of an individual are called angels in a statement of our Sages which is frequently quoted, and occurs originally in Bereshit Rabba : “Every day God creates a legion of angels; they sing before Him, and disappear.”

When, in opposition to this statement, other statements were quoted to the effect that angels are eternal–and, in fact, it has repeatedly been shown that they live permanently–the reply has been given that some angels live permanently, others perish; and this is really the case; for individual forces are transient, whilst the genera are permanent and imperishable.

In Midrash-Koheleth (on Eccles. x. 7) the following passage occurs: “When man sleeps, his soul speaks to the angel, the angel to the cherub.” The intelligent reader will find here a clear statement that man’s imaginative faculty is also called “angel,” and that “cherub” is used for man’s intellectual faculty. How beautiful must this appear to him who understands it; how absurd to the ignorant!

We have already stated that the forms in which angels appear form part of the prophetic vision. Some prophets see angels in the form of man, e.g., “And behold three men stood by him” (Gen. xviii. 2); others perceive an angel as a fearful and terrible being, e.g., “And his countenance was as the countenance of an angel of God, very terrible” (Judges xiii. 6); others see them as fire, e.g., “And the angel of the Lord appeared to him in a flame of fire” (Exod. iii. 2).

In Bereshit Rabba (chap. l.) the following remark occurs: “To Abraham, whose prophetic power was great, the angels appeared in the form of men; to Lot, whose power was weak, they appeared as angels.” This is an important principle as regards Prophecy; it will be fully discussed when we treat of that subject (chap. xxxii. sqq.). Another passage in Bereshit Rabba (ibid.) runs thus: “Before the angels have accomplished their task they are called men, when they have accomplished it they are angels.”

Consider how clearly they say that the term “angel” signifies nothing but a certain action, and that every appearance of an angel is part of a prophetic vision, depending on the capacity of the person that perceives it.

There is nothing in the opinion of Aristotle on this subject contrary to the teaching of Scripture. The whole difference between him and ourselves is this: he believes all these beings to be eternal, co-existing with the First Cause as its necessary effect; but we believe that they have had a beginning, that God created the Intelligences, and gave the spheres the capacity of seeking to become like them: that in creating the Intelligences and the spheres, He endowed them with their governing powers. In this point we differ from him. 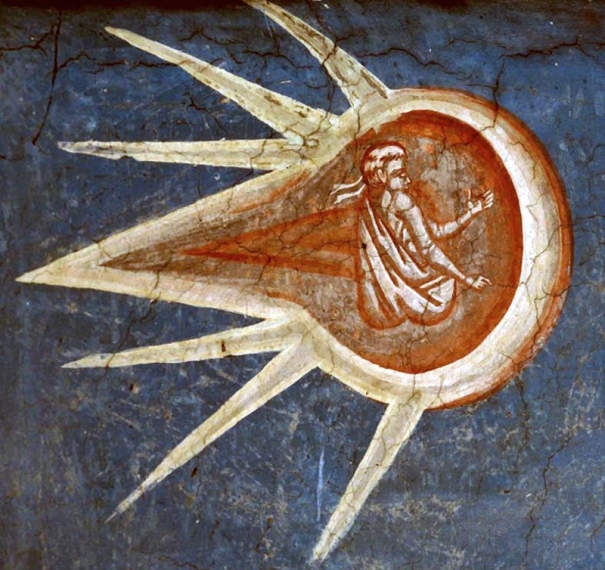