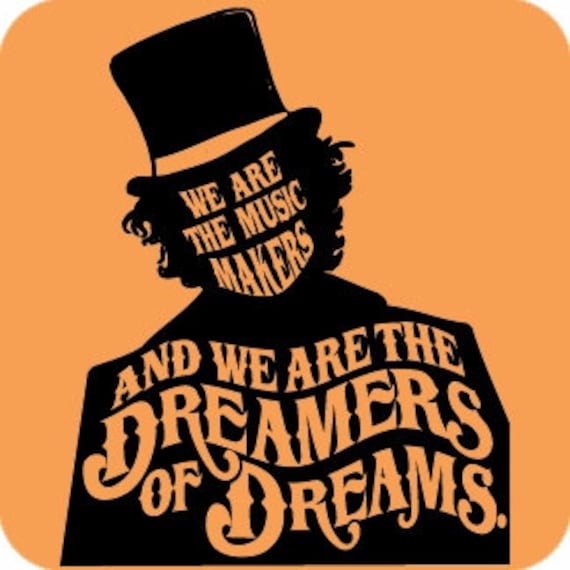 First time I heard a part of this poem was when I was about 6 or 7, and Willy Wonka was the new Christmas movie.

We are the music-makers,
And we are the dreamers of dreams,
Wandering by lone sea-breakers,
And sitting by desolate streams;
World-losers and world-forsakers,
On whom the pale moon gleams:
Yet we are the movers and shakers
Of the world for ever, it seems.

With wonderful deathless ditties
We build up the world’s great cities,
And out of a fabulous story
We fashion an empire’s glory:
One man with a dream, at pleasure,
Shall go forth and conquer a crown;
And three with a new song’s measure
Can trample an empire down.

We, in the ages lying
In the buried past of the earth,
Built Nineveh with our sighing,
And Babel itself with our mirth;
And o’erthrew them with prophesying
To the old of the new world’s worth;
For each age is a dream that is dying,
Or one that is coming to birth.