Dharma Chakra – the Wheel of Dharma

Came across these two chaps again in recent reading and thought I’d put together a few details about their lives …..mainly because of their commitment to religious pluralism, an attitude that certainly continues to be useful in this present age… 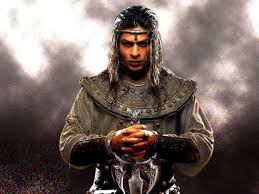 ‘’Amidst the tens of thousands of names of monarchs that crowd the columns of history…the name of Asoka shines, and shines almost alone, a star’’

Asoka was born in 304 BC. He was reputed to have been a very cruel and unpleasant human being in the early part of his life, though sources disagree to what extent. When he inherited Kingship from his father he took on the name ‘’Beloved of the Gods – He who looks on with affection’’. There was a battle for accession to the throne, which is said to have involved him killing at least one brother (if not 99!), though details are sketchy.

8 years into his kingship, his armies fought the Kalinga wars (in Orissa), which resulted in such a level of bloodshed that he became horrified. While up to that point he had been toying with the idea of Buddhism, in the aftermath of this slaughter he committed himself fully to peaceful Buddhism. Thereafter, he sought to rule his people through justice rather than force. He reigned for 38 years. 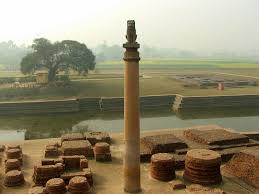 He left behind his ‘’Edicts’’, carved on large stone pillars, sometimes weighing up to 50 tons and dragged hundreds of miles to where they were installed. These pillars were usually capped by great, carved Lions, Elephants, Bulls or Horses – which remain exemplary works of ancient art, and indeed symbols of India.

His Edicts, most likely composed by himself, often referred to his great works (as humbly as possible), how sorry he was for his previous bad behaviour and how he loved his citizens as if they were his own children. Through his Edicts he sought to expound upon both ‘’State morality’’ and ‘’Individual morality’’. He extolled the virtues of compassion, moderation and tolerance of different belief systems. He sought to have the daily life of his citizens improved via educational and health facilities, and recreational parks and such like. He promulgated many laws forbidding cruelty to animals and established nature reserves and animal sanctuaries. He encouraged generosity to the poor, kindness, self-examination, truthfulness, etc. and respect and tolerance for all others and their beliefs, which he said was far more auspicious than any religious practices. His was, in essence, the first attempt at a Buddhist state. 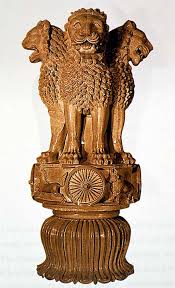 ‘All people should live a life of truthfulness, justice and love. Respect your parents. Treat your teachers and relatives with affection. Be modest in their presence. Give charity. Do not be unkind to animals. No one should think that he and his religion are the greatest. All religions preach the same virtues. Just as it is bad to indulge in self-praise and slandering others, it is bad to condemn other religions. Respect for other religions brings glory to one’s own religion.’

In general he fostered throughout his Kingship a tolerance for all belief systems and not only did Buddhism flourish under his rule, but also Jainism, Zoroastrianism, and other religions.

‘’Whosoever honours his own religion and condemns other religions, does so indeed through devotion to his own religion, thinking ‘I will glorify my own religion’. But on the contrary, in so doing he injures his own religion more gravely. So concord is good: Let all listen, and be willing to listen to the doctrines professed by others.”

‘’ all religions should reside everywhere, for all of them desire self-control and purity of heart.

‘’Beloved-of-the-Gods, King Piyadasi (Asoka), desires that all should be well-learned in the good doctrines of other religions” 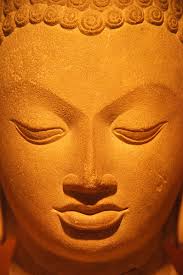 Akbar the Great was born in 1542, the best part of 2000 years after his predecessor, Asoka, but he too was credited with being a pluralist and encouraging religious tolerance. Said to be a direct descendant of Genghis Khan, he was, like Asoka, also known in his early years for cruel warfare. Akbar did not rule his conquered domains by military force, however, but he cleverly rewarded talent, intellect and general merit regardless of race or religion, and established revenue-paying ‘’colonies’’.

He did not force conversion of the conquered to his native faith of Sunni Islam, and he himself later married into Hinduism – a Rajput princess. He also married a Turkish Muslim and a Portugese Christian! He was said to be religiously very curious and participated in the festivals and feast days of other faiths.

He held conventions on spiritual matters attended by wise persons of many religions. These often took place in the beautiful city of Fatehpur Sikri, known for its gorgeous architecture, though it was abandoned within a couple of decades of construction due to water shortages. 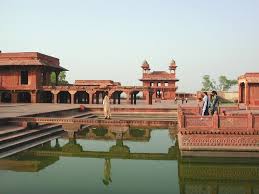 In 1579 he issued an ‘’Infallibility Decree’’, which allowed him to further this religious pluralism. He also established a syncretic religion based around himself as leader, which fused the teachings of many faiths, though it did not gain widespread appeal. He sponsored artists and philosophers and was responsible for the flowering of Mughal architecture.

It was pantheistic Sufi mysticism that caused him to embrace religious tolerance. He was also said to have been greatly impressed by Jainism, especially by the female Jain guru Champa.

“Now it has become clear to me, that it cannot be wisdom to assert the truth of one faith over another. In our troubled world so full of contradictions, the wise person makes justice his guide and learns from all. Perhaps in this way the door may be opened again whose key has been lost.”

“As most men are fettered by bonds of tradition, and by imitating ways followed by their fathers… everyone continues, without investigating their arguments and reasons, to follow the religion in which he was born and educated, thus excluding himself from the possibility of ascertaining the truth, which is the noblest aim of the human intellect. Therefore we associate at convenient seasons with learned men of all religions, thus deriving profit from their exquisite discourses and exalted aspirations.”

Neither of these two men were paragons of virtue, by any stretch of the imagination, and many of the glowing historical accounts constitute revisionism in my opinion – they were very much the products of their times and cultures and stations in many ways – but still they allowed themselves to be open to the possibility that there are many spokes on the spiritual wheel. And then they acted positively in their (considerable) sphere of influence, and thereby, most definitely, decreased the numbers of fellow beings who might otherwise have perished or suffered under persistent religious warfare. 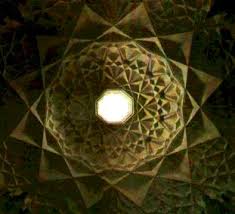