Patanjali wrote the Yoga Sutras around 400 BC, although this date is much debated. With this he formulated practices that had long been in existence.

In the Sutras Patanjali outlines the ”Eight limbs” of Raja yoga. The first five are Exoteric, dealing with the objects outside, in relation to the body, in relation to the society and so on. These are Yama, Niyama, Asana, Pranayama and Pratyahara. The next three are esoteric yoga – Dharana, Dhyana and Samadhi. These eight limbs are interdependant and of similar value. Here I will cover Yama and Niyama.

The Five Yamas are

The Five Niyamas are

Ahimsa:  love, harmlessness, non-killing, non-violence, the absence of harmful intentions, the abandonment of all hostility. It is a very high degree of mind, not even achieved by great saints in many cases, for it also includes not attracting violence towards oneself (there is no attraction of disapproval). Ajata Shatru (born without an enemy). Jains are famous for ahimsa. 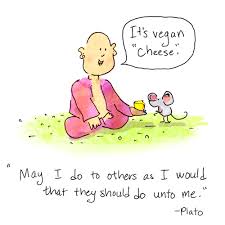 Satya:  where there is perfected truthfulness the aspirant is said to have developed the power of ”psychic speech” – whatever he speaks come true.  It is said that truthfulness means weighing each word with spiritual power. Satya is not only the abstinence from telling lies, but also the ability to see the ”truth” behind things.

”God is truth and He can be realised by observing Truth in thought, word and deed” 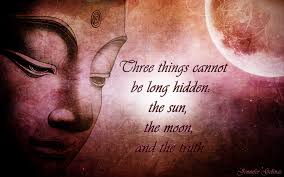 Asteya:  being firmly established in honesty. The development of intuitive awareness.  Abstinence from theft. Losing the desire for objects not belonging to oneself.  This does not mean that one should suppress one’s desires because in that case the ”vrittis” or mental desires will work on the subconscious  and unconscious mind, and eventually one will not be able to think straight. If one cannot reason away desires, then do the best to fulfil them, so that at least the mind then knows some peace.

Brahmacharya:  brahmacharya means ”living in the Supreme Being”. It means being vigorous, energetic, courageous so that one may overcome Abhinivesha – the fear of death. This may mean the necessity to preserve ”ojas” or seminal energy, but it is highly dependant on the natural constitution. Some are born with more than others. The four basic drives are food, sleep, security(fear) and sexual pleasure. Rather than over-indulge in any one of these, the vacuum should be filled with spirituality. Suppression of desire is pointless. Better to satify desire, so that once established in the higher mind it is less likely to be distracted. Moderation is the key.

Aparigraha:  giving up  the tendency to accumulate objects of utility and enjoyment. Abstinence from greed. Don’t give gifts expecting a return. Keep only those objects  which are essential to living, plus those which are essential for social work and service to humanity. It is quite an onerous yama in this world of plenty, of gadgets, or ornamentation. I remember a story I once heard of my teacher – his guru entered his room and asked why it was so sparsely furnished. My teacher replied that he lived in the spirit of non-possessiveness. His guru said to him to go out and get some nice things, so that others might feel comfortable when they visited him! 🙂 It is said that if one observes aparigraha fully it will give the siddhi of remembering past lives…but then a lot of things ”are said”. 🙂

Shaucha: cleanliness or purity, not only of body though it does include this, but also cleanliness from bad thoughts or even memories. Thereby one can more easily practice cheerfulness. Keeping a clean and tidy environment also helps the mind to centre. It is said that by practising shaucha one learns indifference towards the body, that is, one does not remain so caught up in the physical. One is thereby more likely to feel kindness and compassion towards the bodies of others, being not so hung up on one’s own.

Santosha: unexcelled happiness come from the practice of contentment. It is impossible for a spiritual aspirant who is dissatisfied  with oneself or anything else to realize higher consciousness. Dissatisfaction is one of the great deluding veils of avidya (ignorance). Contentment avoids mental complexes. Santosha is being content with what one has, what one does, where one is, who one is, etc…

Tapas:  ”By practising austerities impurities are destroyed and there comes perfection in the body and sense organs” (Sutra 43). For meditation a strong body is required. All the functions of the body should be regulated and healthy so that there is no distraction. However austerities should be practised within one’s capacity. Ultimately the aim is to be able to withstand the demands of a body when it says ”I am hungry” or ”This feels too uncomfortable”. It is natural that such things arise, but if they are too frequent and constantly succumbed to then the body or mind grows weak. For example MOUNA or ”silence” is an austerity worth practising from time to time. Doing things when you feel too lazy is also tapas.

Swadhyaya:  Know Thyself. self awareness, self observation, closing the eyes and observing one’s own nature, the study of scripture is often suggested but this will be worthless in the absence of knowing one’s self. Become the ”Seer”, the witness of one’s self. Chanting mantra or the name of God aids swadhyaya.

Ishwara Pranidhana:  ”Success comes by complete resignation to God” (Sutra 45). It is not exactly samadhi, but the possibility of forgetting and moving beyond the body. It is often the case that one can only practice complete surrender when one is in despair. This surrender is said to be the most difficult of the yamas and niyamas. One completely lets go of all ego and surrenders to destiny. Patanjali did not interpret God as personal, a deity int he Heavens. For him God was the unchanging reality behind all manifested things.

This is just a brief introduction to Yamas and Niyamas. Further study can be made on The Yoga Sutras of Patanjali and the various commentaries available.