The Heart Centre. Also known as Hridaya Chakra. From the word anahata meaning ”unbeaten” or ”unstruck”, refering to the self-created cosmic sound  – the shabda brahman – said in the scriptures to arise here –

”a sound that is endless and unbroken in the same way that the heart beats faithfully ..from before birth up until death”

”The Atma is realised by reflection at the Heart Centre”

Anahata Chakra is the seat of emotions – when refined these emotions can be transformed into bhakti or intense devotion to the Divine Reality behind all things.

The Ananda Kanda is a little-mentioned centre just below Anahata – the Root of Bliss. Here many create and sustain an image of their own ishta devata or personal deity.  Here is said to be the Wish-Fulfiling Tree (Kalpa Taru), bringing to fulfillment all one’s desire, both positive and negative – so it is advised to be ”careful what you wish for ” at this level. In some places the Kalpa Taru is referred to in conjunction with the Chintamani or Wish-Fulfilling gem. The Anahata Chakra is symbolised by a twelve petalled lotus. Colour descriptions vary from pure cerulean blue, to pink or green. In the centre of the lotus are two interlinked triangles, forming a  hexagram (Star of David).

The bija or seed mantra from the heart chakra is YAM ( Y-ah-M, the Ah half way betwen Ahhhh and Awww). In the centre of symbolical Anahata, we find an image of an un-flickering candle flame – the akhandha jyoti  or eternal  flame – representing the individual soul, the divine light in humans. (Sometimes this is shown instead as a luminous lingam). There are 4 rays of light emanating from this eternal flame. Anahata is associated with the skin and the sense of touch, and it controls manomaya kosha –  the mind and emotions.

Here at Anahata we meet the second of the 3 granthis – the first was at Mooladhara. Here is said to be Vishnu granthi  – the knot representing the bondage of strong emotional attachment, the draw of being swept up by emotions and feelings rather than the clarity of the spiritual quest. These knots are natural along the spiritual path. At Mooladhara we are attached to pleasure, here at Anahata to intense emotional feelings, and at Ajna to psychic powers.

”Vishnu granthi is untied as the emotions harmonize and enhance, rather than oppose, the spiritual awakening”

Te antelope is the animal symbolised at Anahata, representing the ”alertness” needed not to fall prey to negative or pessimistic thinking at this level. It is best to associate with good people – a sangha or spiritual community- when this chakra is awakening – associate with those who depend upon faith rather than fate. Develop will power. Have unswerving faith.

The suggested contemplation for Anahata is ”The whole world is in me – and I am in everyone”.

OM SHANTI is the mantra for the Heart. Music, art, literature, sculpture, poetry, are all aids to opening Anahata. Devotion to God or guru helps awaken Anahata. 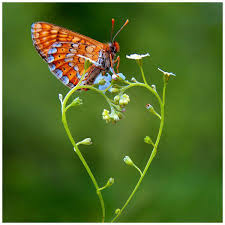 Gamble everything for love.

If you are a true human being.

If not, leave this gathering.

You set out to find God, but then you keep

Dive in the ocean, leave and let the sea be you.